March has been rather meek compared to the rest of the past season. The past week brought us a brief reminder of winter with a passing storm that left a couple of inches on the valley floor, and closer to 4-6 inches further up the tributaries, and higher in elevation, putting a very enjoyable soft layer of top coating over a firm and substantive crust. This storm came in just warm enough to allow the new powder to cling lightly to the older surface without sloughing off too easily. It was very refreshing to have some quiet gliding, skis once again muffled by light cotton after so much of the loud and crunchy crust that comes after multiple freeze-thaw cycles.

Shaded areas can still harbor soft deep snow and the latest storm left a beautiful light flocking on the trees that allowed us to feel that while spring has sprung upon us, there are still vestiges of winter to be found. Snow bridges have begun to sag and shrink with more and more open water impeding passage, causing one to search a little harder for a safe crossing. 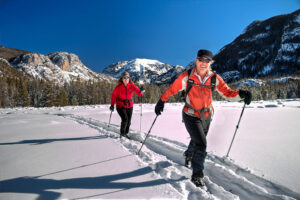 The shut-down of all commercial skiing enterprises for the sake of public health has given many skiers reason to dust off some old nordic equipment and put it to use once again. This could be seen as an opportunity to experience skiing the way it was not so long ago. Prior to the second world war, skiing as popularly known, was by very nature across the country. There were no lifts to bring you rapidly to the mountain tops, no snowcats or even snowmobiles to smooth out the surface. One might say that the skiing of that time was more pure –  as much about going uphill as it was down, not reliant on mechanization. While we don’t take this journey back in time willingly, it does allow for a little nostalgic reflection upon where we’ve come from and how life might have been for those that came before us, forging the path that has led us to modern skiing.

Tracks in the Experimental Forest this past weekend resembled those that one might have found many years ago, when the ratio of skiers to other users was higher, with a clearly defined double grooved ski trail next to a wider, packed track created by snow shoes. This has long been considered to be proper trail etiquette. However, in a tourist location with so many guests naive to the ways of winter trails, it is difficult to maintain. It would take a massive educational effort with improved signage to restore these conditions which make trail-skiing on skinny skis so much more enjoyable. Any efforts to educate people to avoid tromping over the set of parallel grooves in the snow would help make trail skiing more enjoyable.

Nevertheless, we are very thankful for the efforts of those that have continued to groom sections of trails and loops that have enabled us to maintain our sanity, and feel less imprisoned within our own four walls. Thanks are due to Headwaters Trails Alliance, Grand Park, the town of Winter Park and others in small neighborhoods who have put in the time and effort to prepare trails for others to enjoy. Hats off to you, and apologies to the others of whom I am not aware. 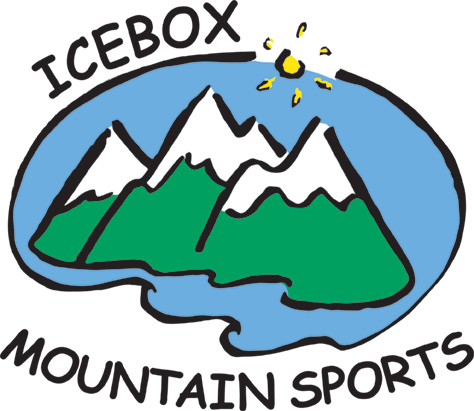